Bullseye Adjusting's official weather resources is Crown Weather. This article they recently released about the 2022 storm season has us anticipating lots of opportunity for working claims this year! Read Below.

Summary: I am forecasting yet another above average tropical storm and hurricane season. The reason for this is due to the potential for a third consecutive year with La Nina conditions, the forecast of above average ocean water temperatures and the possibility of widespread average to slightly lower than average wind shear conditions.

With that said, there is some uncertainty with exactly how active things may be. The reason why is because there aren’t too many cases in history that have a third consecutive year with La Nina conditions. Those that do (which include 1894, 1910, 1917, 1956, 1975, 1985 and 2000) ended up overall with near average or below average activity.

The Numbers: 16 Named Storms, 9 of those storms becoming Hurricanes and 3 of those hurricanes becoming Major Hurricanes (Category 3 or higher on the Saffir-Simpson scale).

Accumulated Cyclone Energy (ACE) Index Forecast: I am forecasting an ACE index this year of 135. This number basically says that I expect that overall activity in the Atlantic will be about 40 percent above the 1951 to 2020 average amount of activity.

ENSO Conditions: Weak La Nina conditions currently exist across the Pacific and current ENSO guidance forecasts that we should “warm” to neutral ENSO conditions by early this summer. Much of the ENSO guidance then forecast that ENSO conditions will remain neutral throughout this summer into this autumn. This is extremely similar to what occurred during the 2021 Hurricane Season.

Should this occur during the 2022 Atlantic Hurricane Season, it would potentially mean that ENSO conditions would be favorable for yet another active season. 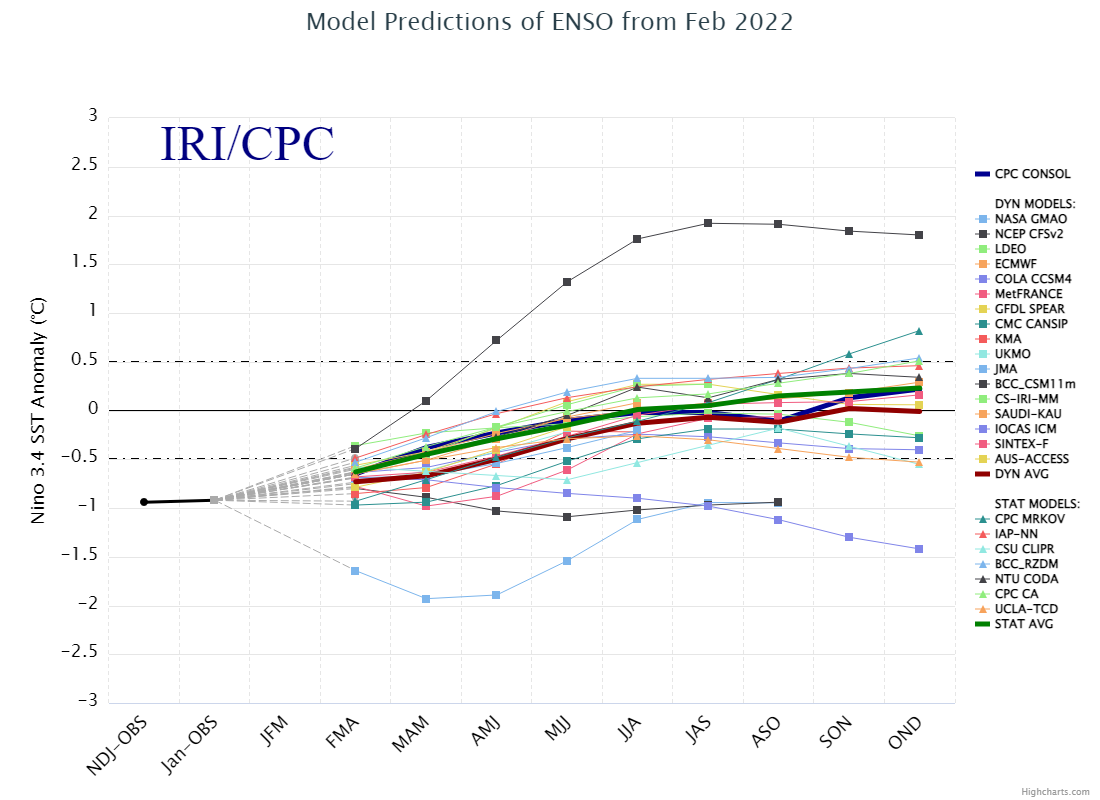 I think that it is likely that the deep tropics will seeing above average ocean water temperatures, much like what we have seen during the last several hurricane seasons, during July, August and September. In addition, it looks like the Western African Monsoon will be active this year leading to the development of some strong tropical waves moving off of Africa. 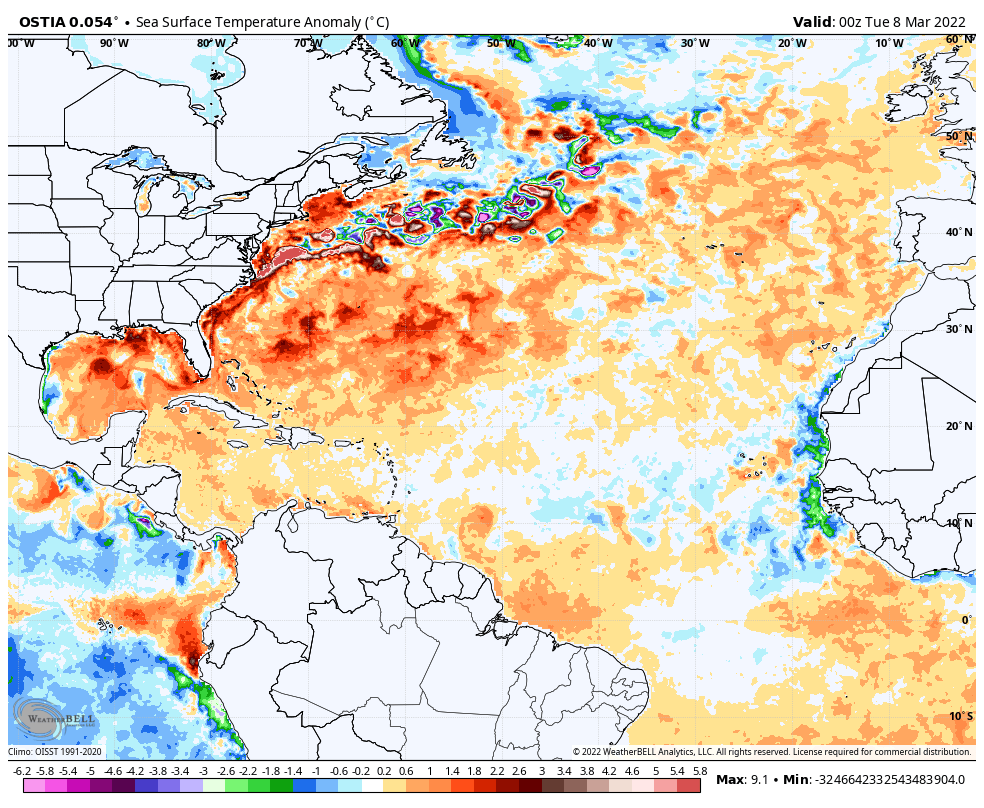 Based on what I am seeing comparing the current weather pattern to the analog years I have listed, I am putting special emphasis on 1989, 2012 and 2018 as analog years for this season. This means that the Southeast US Coast and the US Mid-Atlantic Coast could be at particular risk this season for a landfalling tropical storm or hurricane. Other areas that may be at particular risk are the northern US Gulf Coast and the Leeward Islands and the Virgin Islands. More on that in my landfall threat forecast.

This is our “hot spot” map which shows which areas were impacted the most during the 7 analog years I have listed: 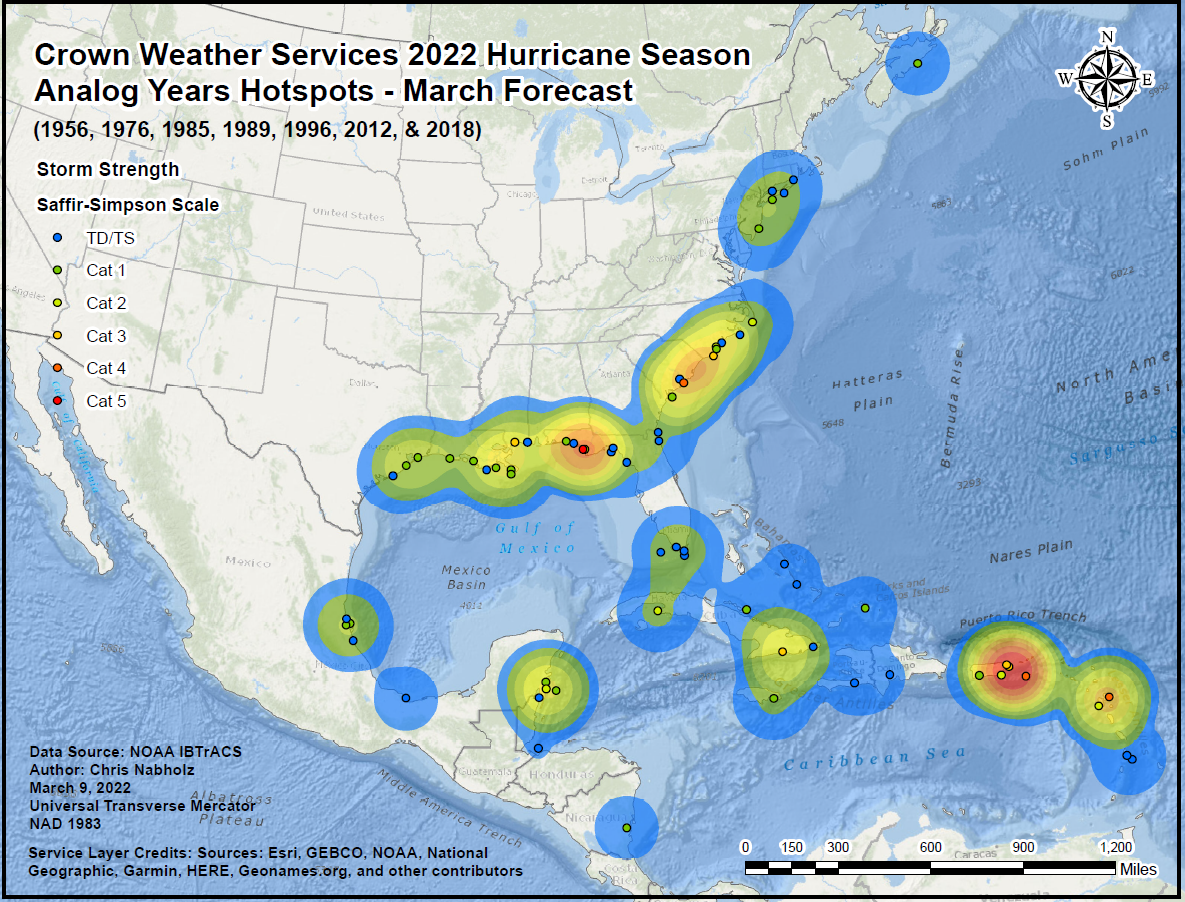 Weather Pattern Forecast: Current seasonal guidance are pointing towards the possibility that a persistent upper level trough may set up right along the US East Coast and may remain in place during much of the hurricane season.

What longitude the trough axis sets up is going to be extremely important in determining whether any westbound tropical systems are turned northward well offshore of the US Coastline or if they are turned in a way so that there is a tropical threat along the US East Coast.

This trough will also be important because any tropical systems that push into the Caribbean could be turned northward towards the US Gulf Coast rather than heading westward towards eastern and southern Mexico.

Landfall Threat Forecast: There are about three areas that I’m most concerned about for this upcoming season in terms of a tropical storm or hurricane impact.

The First Area Is the Leeward Islands, Virgin Islands and Puerto Rico. Both the analog data and the seasonal guidance such as the NMME, CFS and European seasonal guidance are showing signals that this is going to be a spot to really keep an eye on.

The Second Area Of Particular Concern Is a corridor from the northern Bahamas and southeast Florida through South and North Carolina to the Mid-Atlantic coast and Southern New England. Analog data points to that tropical storm/hurricane activity could be steered in this direction. These indications are supported by all of the seasonal guidance.

The Third Area Of Concern Is the Northern US Gulf Coast from Louisiana to the Florida Panhandle. With the possibility of an East Coast mean trough, it could lead to any systems pushing across the Caribbean to be steered northward towards the US Gulf Coast.

Finally, we will begin sending out daily tropical weather discussions for the 2022 Atlantic Hurricane Season on Sunday, May 1st.


If you have questions regarding this discussion, do not hesitate to contact crownweather@gmail.com.

Disclaimer: All forecasts herein are made to the best ability of the forecaster. However, due to standard forecasting error, these forecasts cannot be guaranteed. Any action or inaction taken by users of this forecast is the sole responsibility of that user.